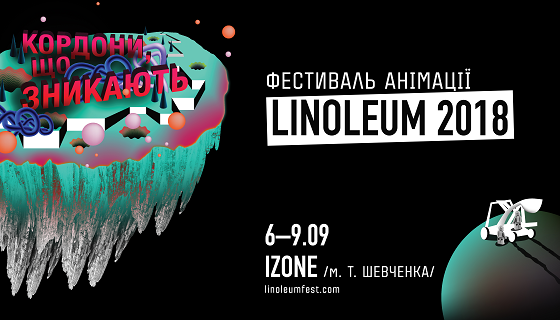 This year the Festival Program was enriched with one more section Commissioned Films, that for the first time will be represented as a separate contest in terms of LINOLEUM festival. This is advertisement, educative movies, and music videos. Among the participants, there are works of foreign and Ukrainian authors.

Auteur and commercial animation are closely interrelated and the creation of a separate competition only for this type of animation was just a question of time. The screening of commercial animation will take place twice: on the 7th and 9th of September. To get to know the participants you can use this link. Among the jury, that has to spot the winner are: Yuriy Motrych (designer, art-director, founder and animation director of animation studio Mokastudio), Sashko Danylenko (Ukrainian independent filmmaker and animator, was collaborating with DakhaBrakha, TNMK, Kwoon), Denis Keleberdenko (creative director of BBDO Ukraine).

"Animation is an independent and flexible language for any idea representation. It gives a possibility to show a big amount of visual information in a short time. It is more than important for advertisement, as well as a possibility to make any corrections during any level unlike to work with video. – tells us Sashko Danylenko, – and also animated music videos are more representational for musicians. They are signs of the particular level of consciousness and success. This means that the main priority of this artist is not to show up but a willingness to create a collaborative art. Now different educative movies like TED-Ed are getting more and more popular. With means of animation it is possible to relieve and brighten any difficult theme. Besides, such production is cheaper than documental shooting and reconstructions, but without losing informativeness and atmosphere".

The main peculiarity of Commissioned Films Competition is an amazing possibility for Ukrainian animators to compare themselves with western colleagues. There is no division on International and Ukrainian contest within this section. Already now Ukrainian productions are showing a high level of competence. They are shooting advertisements for world-known brands, consequently improving the image of our country. The demand for a high-quality commercial video is increasing, as well as in animation. Festival hosts suppose that such a contest can give an impulse to the local animators to develop themselves and will stimulate them to reach faster the international market.

LINOLEUM 2018 is happening due to the support of Culture Department of the executive part of Kiev City State Administration and Ukrainian State Film Agency.