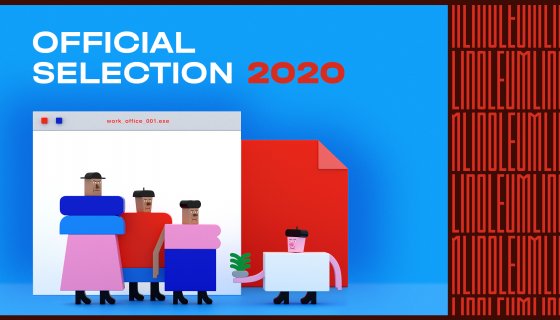 The winners will be selected in the following categories: International competition (44 films), Ukrainian competition (13 films), Commissioned films competition (27 films). All the films are united under this year’s LINOLEUM main theme – ‘Becoming Human’.

The international competition section, which contains most of the films, is divided by the curators into 5 blocks. Each one is named after the film that offers the most in-depth reflection on the topic.

The first block Movements shows how people perceive themselves in time, space and reality in general. The self-titled film from South Korea invites viewers to a contemplation of things that can happen in the space of 10 minutes. In fact, during the same period, the African baobab tree grows 0.008mm and the Earth travels 18,000km around the Sun.

The second competition block Traces explores how our actions can affect history and other people around every minute. The eponymous French film tells about the rituals of ancient people that can still resonate nowadays.

Short Stories About Loneliness is the third block which is in line with the lockdown experience of humankind. But in this section, isolation is treated more globally and timelessly, without being a reference to the external events. It is the case of the film from the Dominican Republic that shows loneliness through sound, textures, changing colours and abstract images.

The authors of the fourth competition block Ties question the connection between people. What are we for each other? The eponymous film from Germany focusses on the relations between a young girl and her loving parents, and tells how someone's independence can harm the loved ones. This is the first animation film in the world to be made with a 3D pen: all the film storyboards were physically embodied outside of the frame. Apart from that, this selection contains a Czech animation film Daughter made by the Oscar 2020 nominee.

The last international competition block’s title is Arka, it was named after the animation film from Croatia. It is a journey across the worlds of human subconscious that can get you to meet your own demons and those of the others. The Ukrainian film Surrogate by Stas Santimov will premiere online in this section.

The other Ukrainian films will be shown in the Ukrainian competition program. It includes animation films that touch upon different topics: starting with a free adaptation of The Metamorphosis by Kafka and up to the history of Ukraine in 5 minutes.

The third competition program is focused on commissioned films. These are the best commercials, trailers and music videos that explore human existence. Out of 28 participants, there are two Ukrainian works: a book trailer for Haska Shyyn’s novel Behind their backs that tells the story of a woman trying to apprehend her identity and sexuality, and the music video Problems of Sublimation for the DZ’OB band.

Thematical non-competition blocks will be presented at LINOLEUM as well. The festival curators will select animation films from different years on the following topics:

Ecoleptic – films about the interaction of people with nature and their impact on the environment, animals and ecology.
Human_Nature – experimental animation and video art works about the place of people in nature and the industrial world.
Human_Capital – experimental animation and video art works that explore the interaction between individuals and economic systems.
Becoming Human – this year’s main festival topic. Animation films about finding your true self, introspection and personal courage.
Retrospective of Oleg Pedan – the retrospective selection of works by the famous Ukrainian animation director and puppet designer. In his films Nobody Home, The Key, A House for a Snail, he created new worlds that fascinated both kids and adults.
Ukrainian retrospective – local animation films about different aspects of human existence, oriented for an adult audience. This selection includes films from different years: starting with the cartoons of the Kyivnaukfilm studio up to the student work by Mykyta Lyskov, one of the main representatives of author animation cinema in Ukraine.
Contemporary Japanese animation – independent works by young artists from Japan that were created during the last 5 years.
Animation for Kids – a selection of best animation films for children.
Ladies First – a traditional non-competition block at LINOLEUM that presents films made by women for women. Many of these works reflect on corporeality, sexuality and the importance of self-acceptance.

The platform for the festival screenings this year is MEGOGO media service. Animation films from the competition programs, thematic selections and special screenings will be available for free.

The festival is supported by Ukrainian Cultural Foundation.

Image: ‘Tom has a plant’ by Thịnh Nguyễn 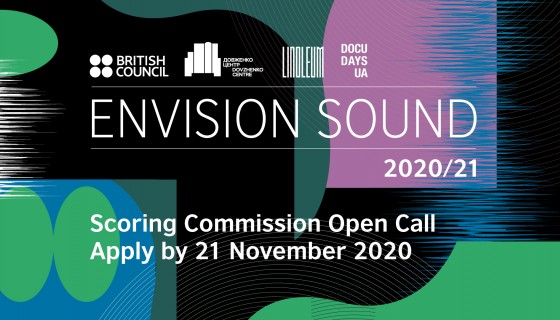 LINOLEUM festival presents the trailer and announces the Jury 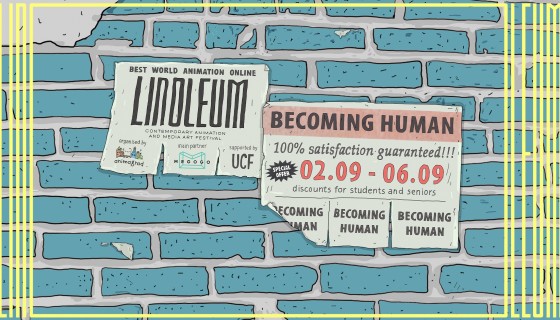